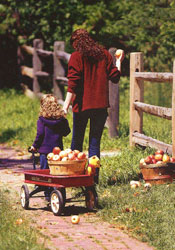 Haywood County is located in Western North Carolina with Waynesville acting as the county seat. The estimated population in 2004, according to the census, was 56,256 residents, a 4.11% increase from 2000. Haywood County is 553.66 square miles in size with 32% of the Haywood County population being a high school graduate, higher than the national average of 28.6%.

The average commute to work in Haywood County is 22.7 minutes. This statistic shows that there are many job industries within or near Haywood County. 75% of Haywood’s population is on salary or earns a private wage. 15% of the population works in government positions and 10% are self-employed or unincorporated. The most common occupation for males in Haywood County is a production occupation including supervisors; the most common for women is secretarial and administrative assistant positions. The average per capita personal income in 2006 was $32,234.

Haywood County allows for a leisurely lifestyle in a beautiful part of Western North Carolina. A relaxed and stress free way of life is one of the reasons residents of Haywood NC love the area. There are many job opportunities and ways to spend your free time, but you do not have to deal with the overcrowding that is common in larger cities. Haywood County allows for a rural lifestyle, which is what draws many people to Western North Carolina.

Call us at 828-622-3222 or email us for more information.
Find out why so many satisfied customers recommend Mountain Home Properties for all your real estate needs.